Carpenter tickets us for the 6th time!? 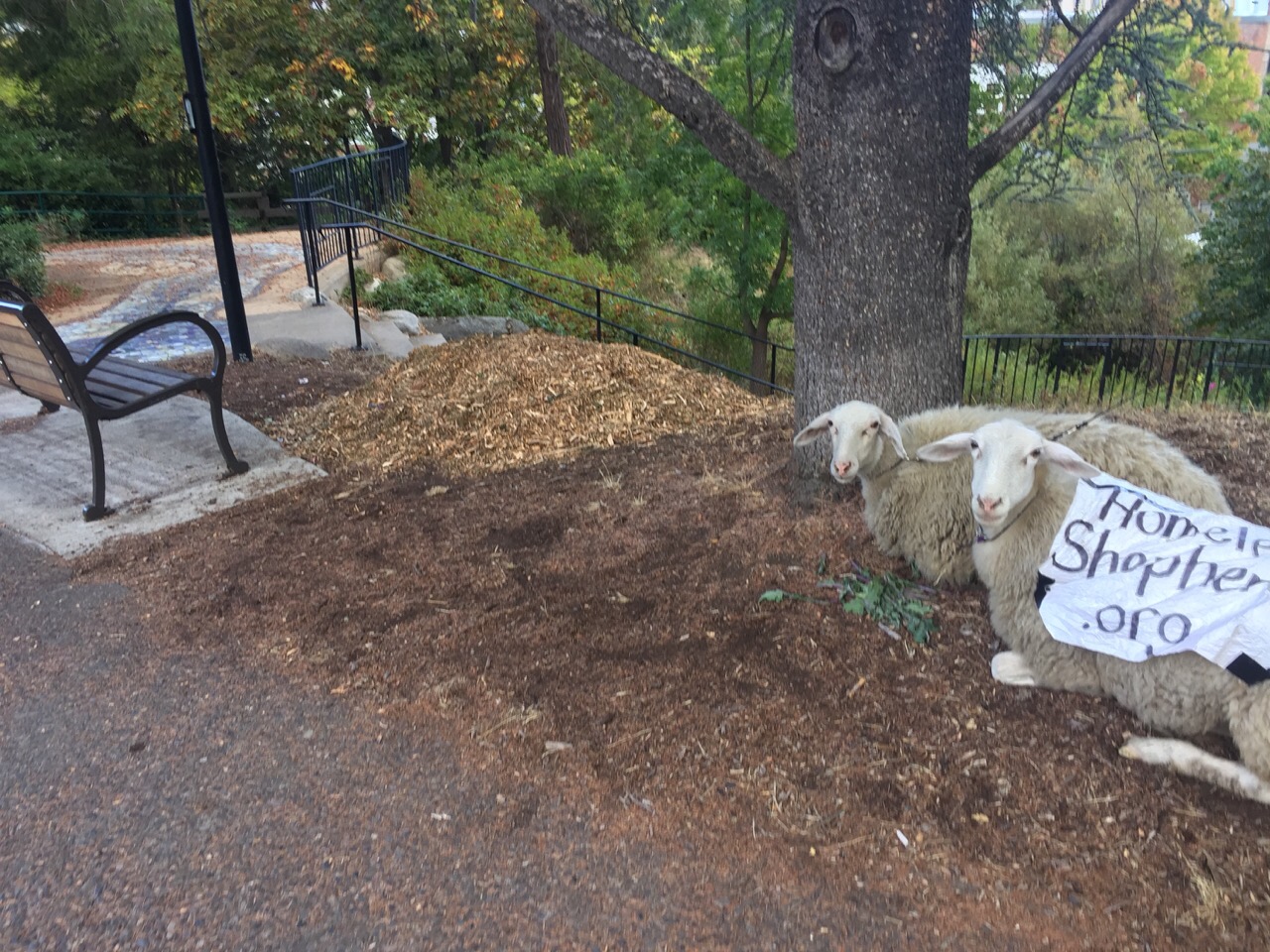 Yeah, now officer Carpenter has given me 6 tickets in the past 5-6 months?  I usually get only one in a year period, maybe?  This time he ticketed me for supposedly “leaving animals unattended” because I tied my sheep to the tree right next to a bench where i stopped to talk with another traveler who had an aggressive dog.  So i set the girls down with a pile of kale and then sat down myself to rest with the traveler when officer Carpenter came walking up the stairs, past a travelers dog who was tied up to the railing on the other side of the stairs with nobody around it. He approached me to tell me he was writing me a ticket and I asked him to call his supervisor to the site before he writes any ticket because i don’t feel comfortable with his judgement, which he is then legally obligated to call and then wait for the supervisor to arrive!  Then, officer Carpenter broke his sworn legal protocols when he just simply called his supervisor there but then quickly wrote out the ticket anyway, handed it to me and left the scene after assuring me that his supervisor would be there shortly!? Officer Carpenter’s “leaving animal unattended” ticket is $110, and he gave it to me for what you see below..i was sitting on the bench and my pet sheep were laying on the ground next to me.

On the bright side, the girls and i got to catch the tail-end of the Saturday Farmers’ Market downtown and get a bunch of donated kale from Happy Dirt Farm!   I darn near split the entire bushel with the girls because i was so thirsty for greens since all the wild edibles have been becoming woodier with the fall season. Then Zach from the Pop Cakes booth gave me his leftover samples of quinoa/rice cakes and i was just gonna eat them straight cause they are that good but as i was leaving Maria from Higher-Power Raw Foods gave me a new package of her spinach dip, which i just had for dinner! My new friends Beth, Mitchell and Alex are letting us sleep in their backyard until they move out at the end of the month!! It’s so frickin wonderful to actually sleep deeply, safely and legally for an extended period..Thank Goodness.