There has been too much going on!  I will try to highlight; since the Ashland city councel banned my dairy sheep(seriously watch it at 1:57:27)from walking through town i have spent at least 6 months trying to build/invent a bicycle trailer that could haul 2 of my dairy sheep through town, as a necessary loop-hole to their new law.  I develope a working model that we traveled around the Rogue Valley and lived out of for 2 months! 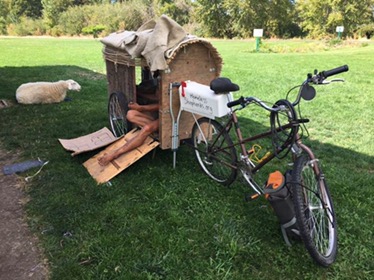 Unfortunately, i found Ashland itself to be much too hilly to have to pull my sheep up since i could not legally let them out to walk!?  For another couple of months i fielded the possibility of helping select homeless to build their own version as a simple bicycle trailer-home with the $5000 that i raised for the Homefree Hostels project in Ashland 5 years ago?  The idea was if the homeless had a legitimate camper that was self contained then they should be able to park it right behind a rich tourist’s camper to sleep as they are allowed to do?  Unfortunately, i found myself gathering more material possessions with the increased trailer space and subsequently having to put those new possessions under the bike camper while i slept, so it didnt seem like other homeless would be able to keep a “self-contained” appearance at night either?  I wanted to try making it a little bigger and work-in some wall and overhead storage so it could be more self-contained at night, but i felt that the other homeless who would make theirs’ would need to make it even bigger which would be too difficult to ride on the shoulder of roads, and may seem like a general homeless nuisance instead of a respectable homeless solution?  I ended up givingup trying to evolve the bicycle trailer-home idea because i didnt think it would actually be able to help the homeless as much as it would piss people off that homeless bikecampers would have to be legally allowed to park everywhere a regular bike trailer can?  I didnt have time or money to work on it and i didnt want to burden anyone by asking to park it on their property so i decided to just park it down on the bikepath across from the Wellsprings with a FREE sign on it!  Lets see, what else has happened?  I felted A LOT of wool and taught myself to make my own clothes for the winter! 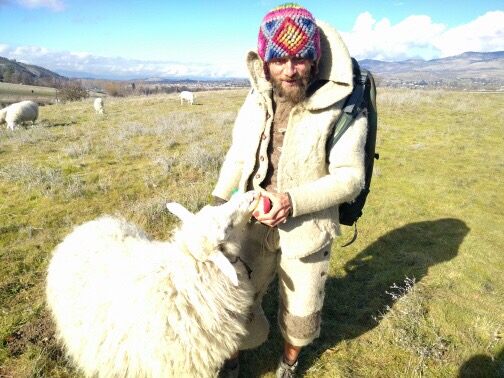 I also tried raising $2000 on Kickstarter to complete and publish my “World’s smallest survival guide” that fits in your wallet so you never leave home without it!  I quickly found that every successful fundraiser on those sites actually has to pay a person/company to promote their project so that it will be funded.  If you dont have money to begin with and you have the best idea in the world(not saying mine waslol) then you don’t get funded!  I then saved up $60 myself and scheduled an appointment with the graphic designer at Printfast to simply complete my “World’s smallest survival guide”!  Its now free to print and share, just click here! 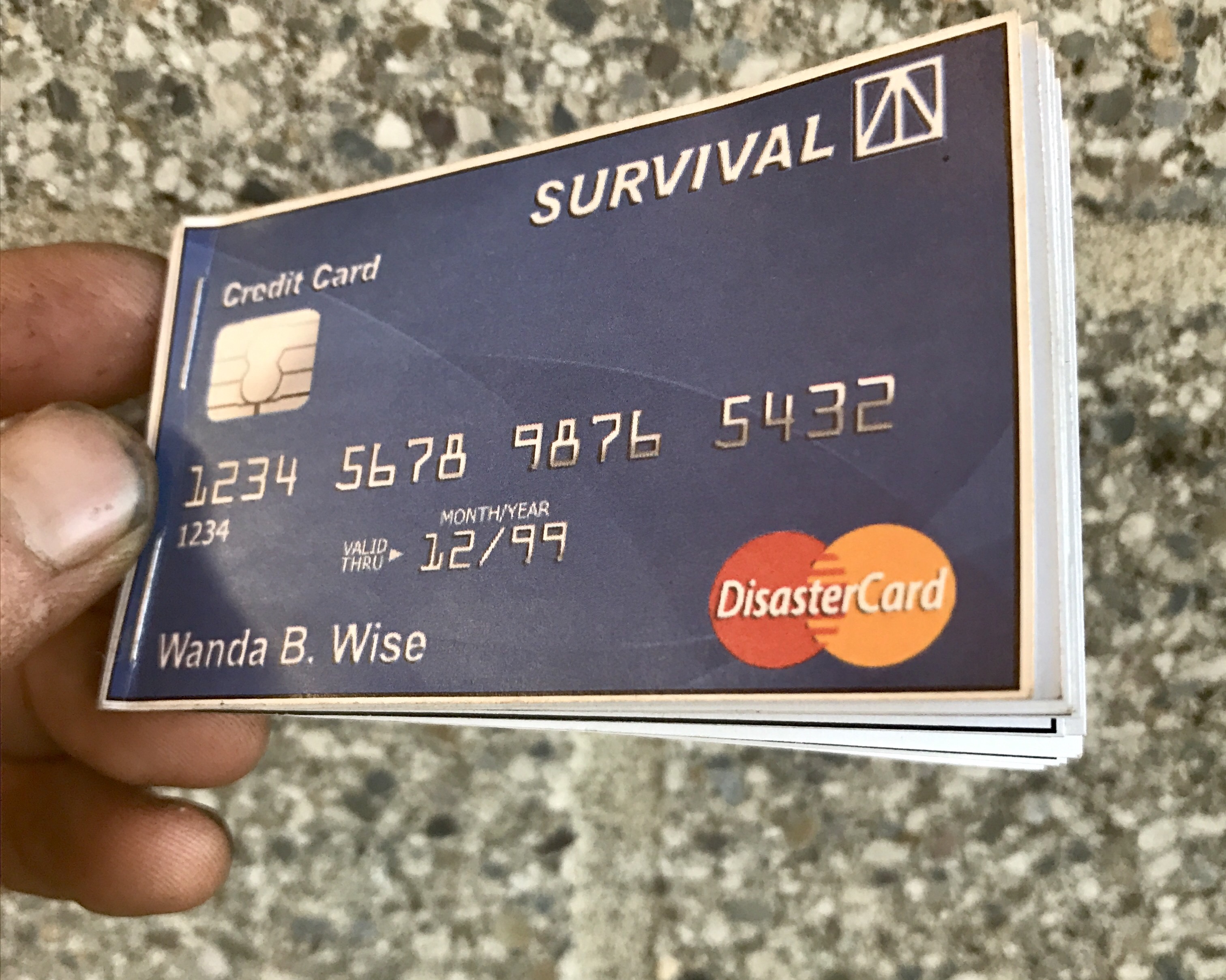 Then, for the first time in my life i actually decided to get a facebook “profile” to start connecting with people better?  I been trying to learn to blog on there for the past month under my name Aaron Fletcher.  Follow me on facebook here!lol