We got a working phone again to update y’all!

Around Centralia, Washington we got interviewed by a reporter and here’s the link; http://www.chronline.com/nomadic-shepherd-in-centralia/image_2d22ce56-6380-11e7-b806-af0558f64f62.html 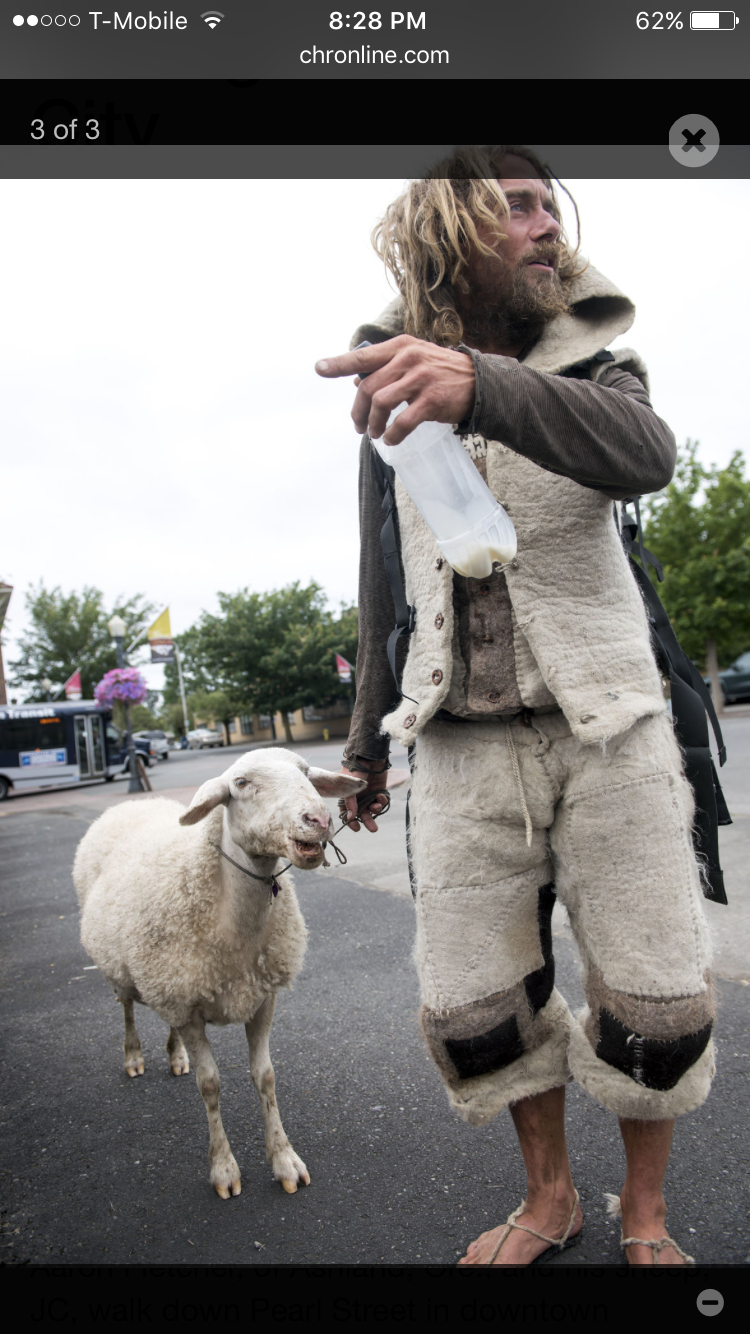 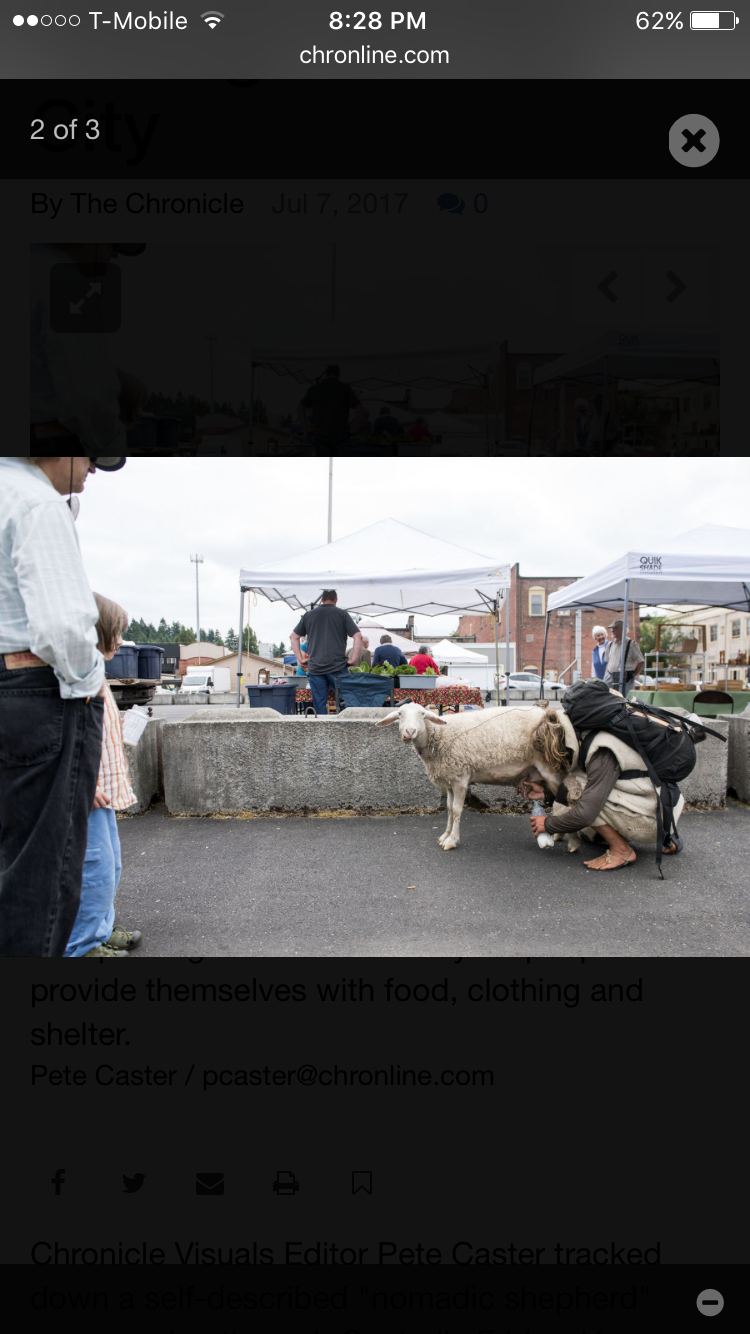 Then we hitched a rideshare from Chehalis down to what was supposed to be Portland but was actually Janzen Island which turned out to only have one way for my sheep and i to get over the bridge; the Portland Max train. Yes i bought a 2.50$ ticket, boarded the Max with my pet dairy sheep(wearing a poopcup), had her lay down like she does in car rides and we were in Milwaukee Oregon in 20 minutes! 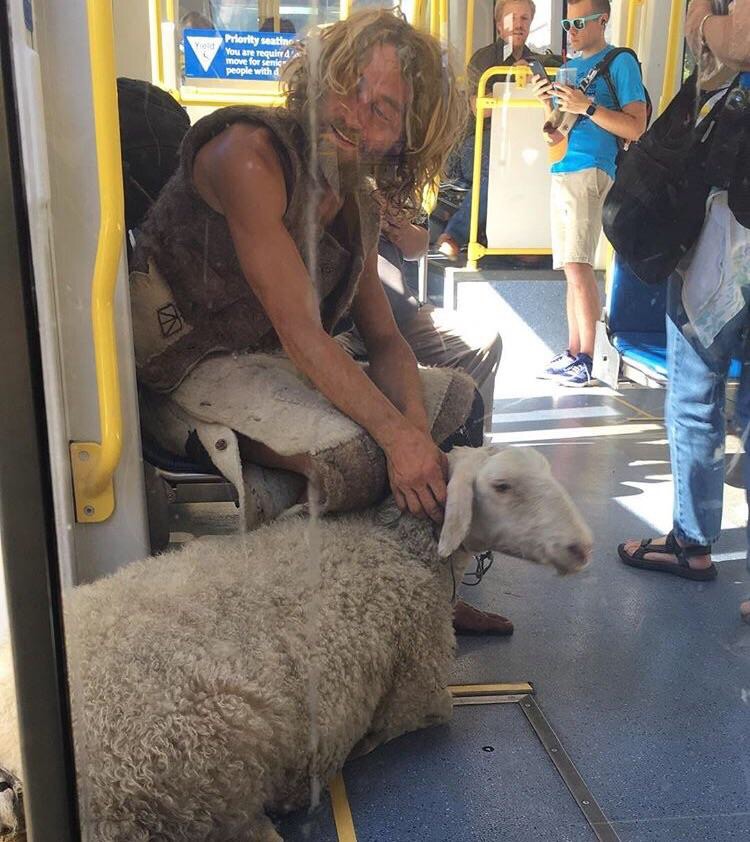 Then we got interviewed for a Portland TV news KATU channel 2!Or you can read the article here; http://kval.com/news/offbeat/roaming-shepherd-spotted-in-canby-heads-south-to-jacksonville 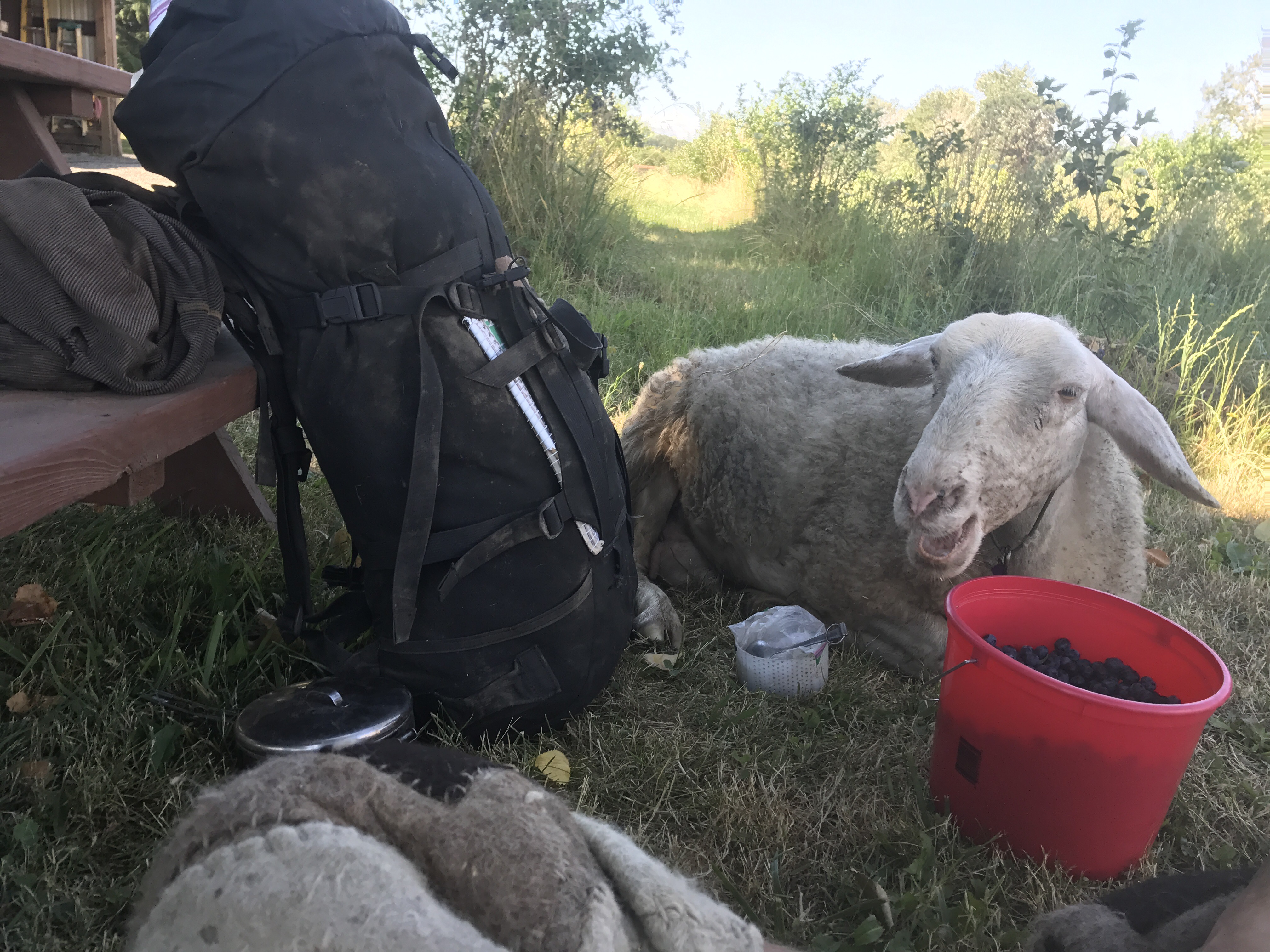 Its pretty difficult to find a place with wifi where my sheeps can graze nearby long enough for me to load all the backphotos/descriptions from the last time we posted with available wifi.  I will continue to try to upload with just wifi, but if people want to see more then you can buy Tmobile prepaid phone cards(available at any convenience, grocery or drugstore..its the pink one!) and email the number to me so i can input it in this phone, have data, and then be able to blog while in nature, away from wifi!?

3 thoughts on “We got a working phone again to update y’all!”